Love Skull – the pewter range to die for

Skulls have held an emotive and striking place in art throughout history and it’s no surprise that Love Skull by our talented guest designer, Gordon W Robertson is one of our most popular patterns. So our lead designer, Jayne has been busy finding ways to make the design work on other pewter gifts to expand the collection.

The Love Skull pattern came about when Gordon visited Capela dos Ossos or Chapel of Bones, an unusual chapel in Faro, Portugal made entirely from the bones of monks that were buried there. Gordon thought it would be well spooky, but apparently it was oddly serene and made a lasting impression. He’s been fascinated by momento moris, which are symbols of mortality in art, ever since. Hence, the skull motif is a reminder of our short time in this life and the heart symbolises love – if we’re lucky enough. Customers love the playful nature of the Love Skull pattern with its cartoon skulls and hearts – it’s not too serious despite the potentially dark subject matter.

First a hit as a pewter hip flask, now Jayne has discovered new pieces that lend themselves to the pattern.

Why we love Gordon’s work to death

Gordon first caught our attention having won Pewter Live, the European design competition for pewter, in 2012 and 2013. Instantly original, fresh and exciting, his work stood out for its dramatic, concentrated patterns that worked really well on pewter. From our point of view, we had to work with him before anyone else did! What’s more, we’re not the only champions of his work – he’s currently working on pieces to be used as gifts by the next Lord Mayor of London.

From Damien Hirst’s diamond-encrusted sculpture to Andy Warhol’s macabre paintings, skulls have become iconic, pop art motifs. We’re delighted to introduce pewter as a medium for our own exploration of the theme with Love Skull, the collection which really is to die for! 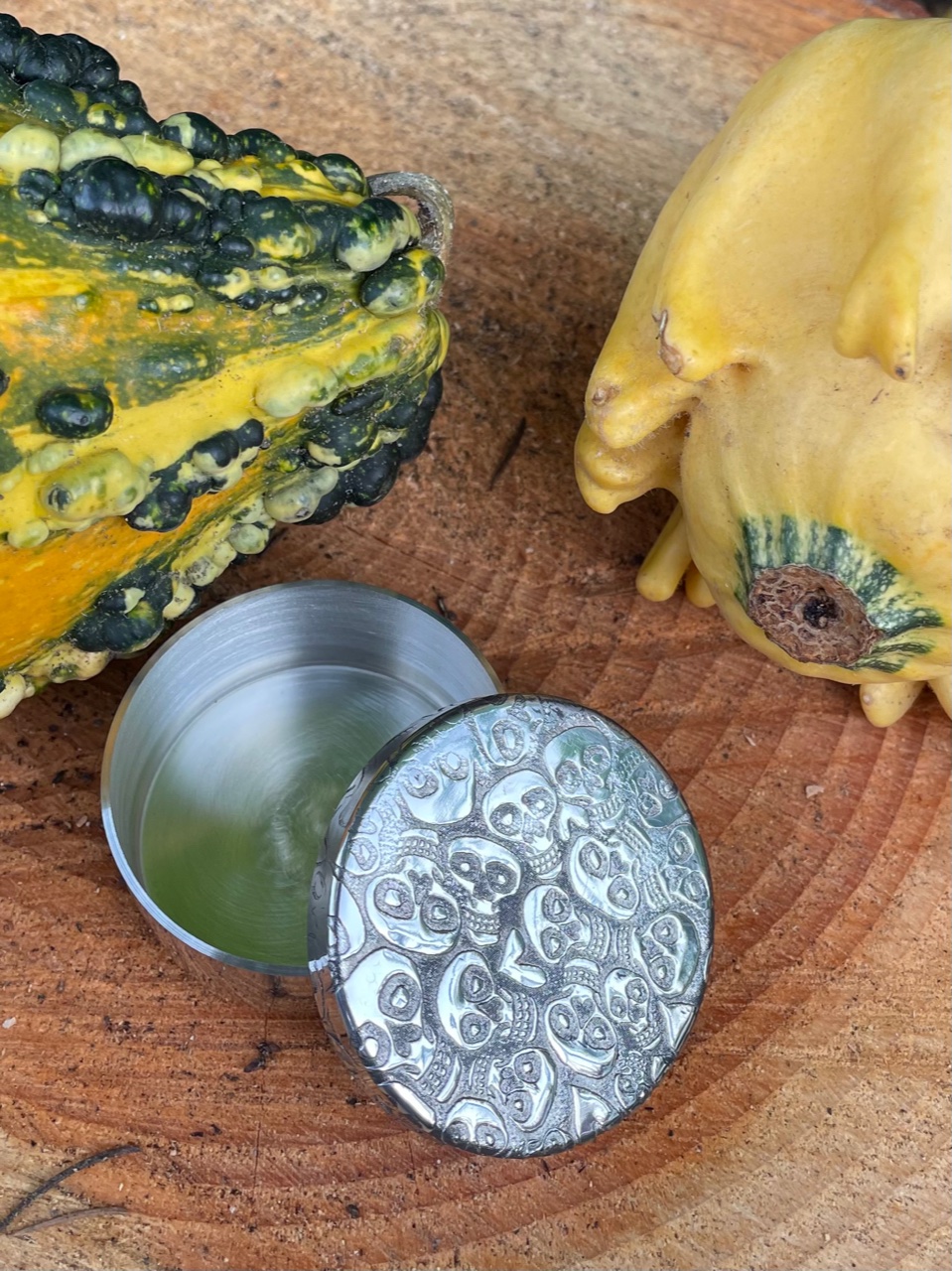 We use cookies to provide you with a better service. Carry on browsing if you're happy with this, or find out how to managecookies. cookies.